It's 1937. John Yeon, a 27-year-old architect, designs the Aubrey Watzek House and crafts it from the abundant native Douglas and Noble fir trees – quietly giving birth to the Northwest's first modern masterpiece. Soon after he followed with the 1938 Jennings sutor house, in rough-hewn spruce. "Together," says historian and caretaker Randy Gragg, "tied to the wooded hillsides as tightly as tents, the homes drew their surroundings inside like deep breaths."

Last spring Rejuvenation's design team decided to take a retreat to this Portland architectural icon. Here's what we found: Like today's Pacific Northwest architects, designers, and makers, Yeon conjured his own distinct ethic of modern design from the ground below and the surrounding woods and sky.

He adored the juxtaposition of small spaces opening into large ones, which then led back into small. He wanted his homes to be, in his words, "a sequence of revelations."

The Aubrey Watzek house, below, is exactly that. 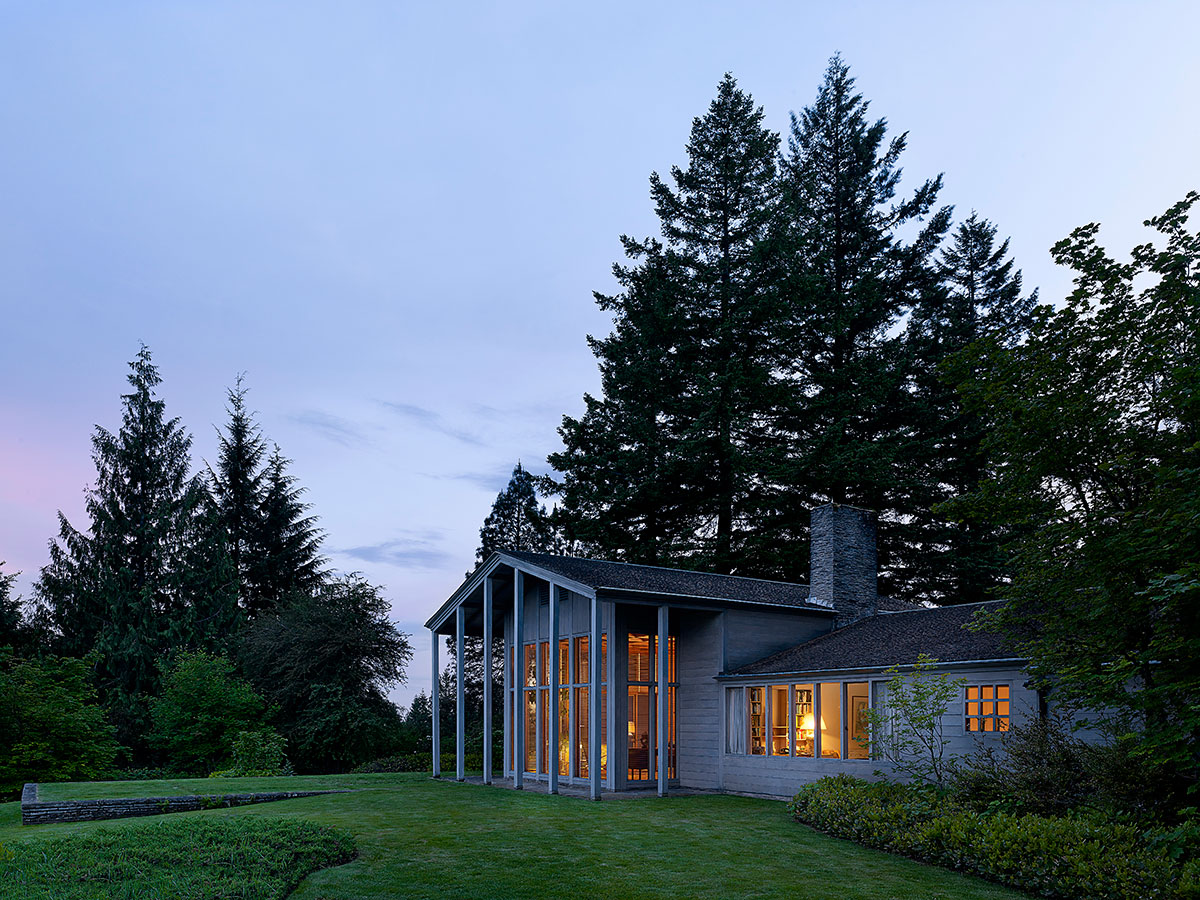 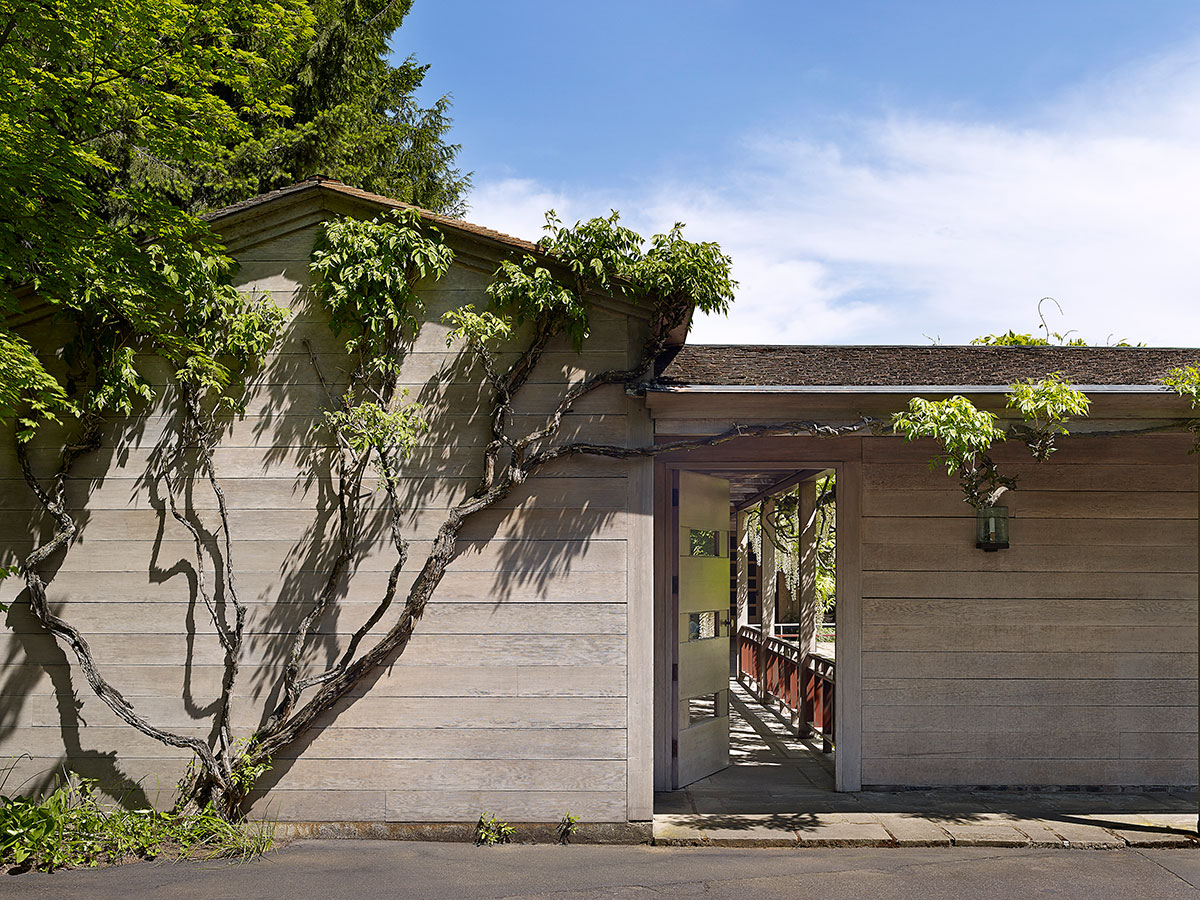 A humble doorway leads to the courtyard 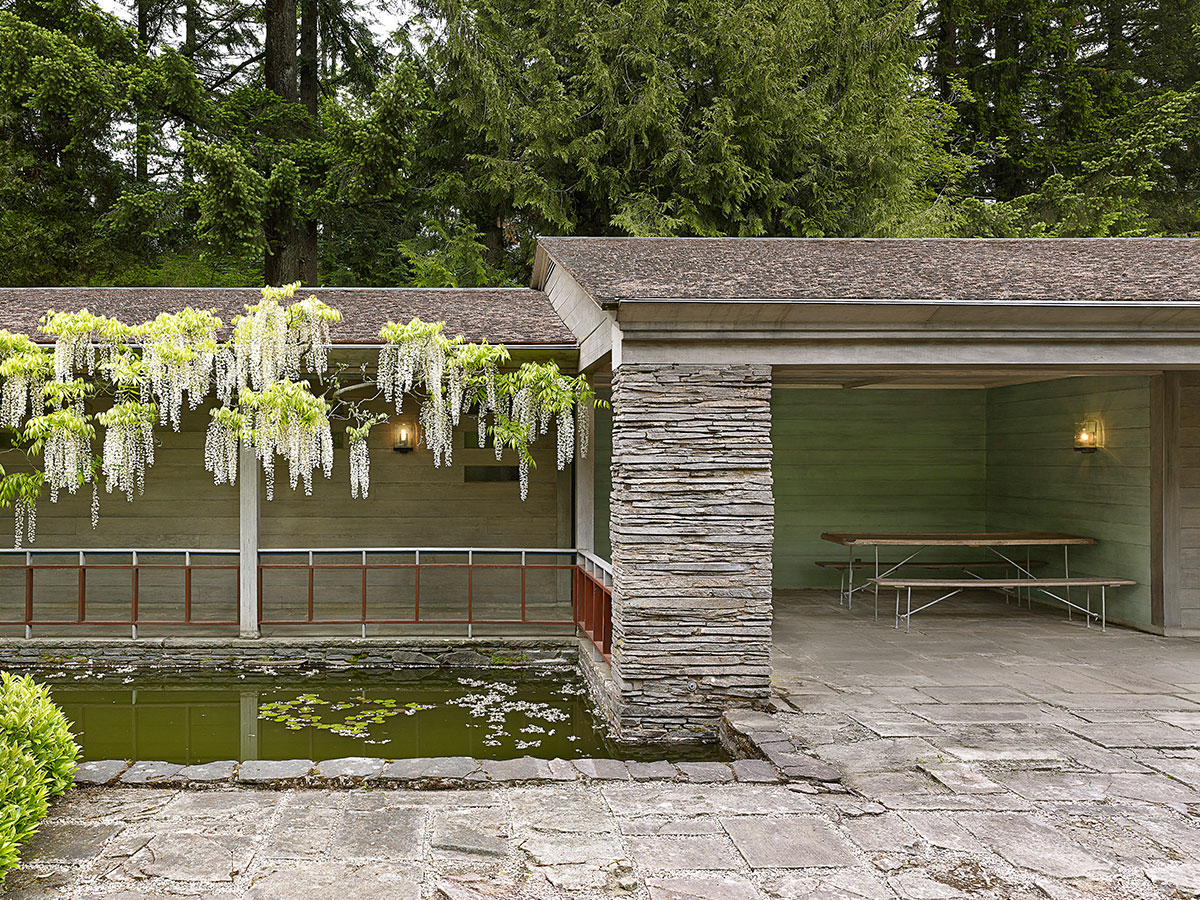 A nook nestles within the expansive wisteria-and-stone courtyard 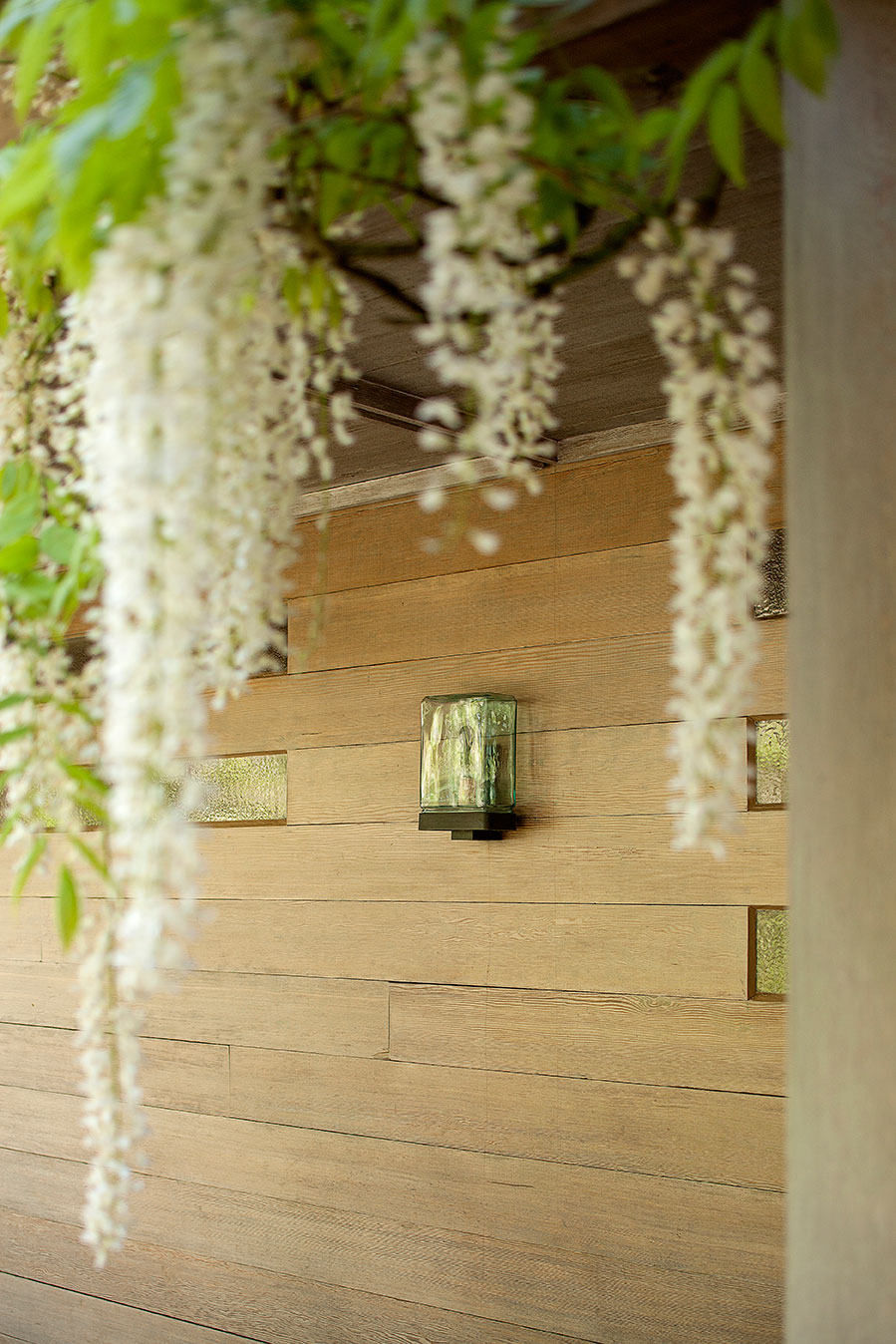 Yeon designed all the lights, this one from a glass battery case

And this one from a found Japanese fishing buoy, which we became obsessed with and had to re-create 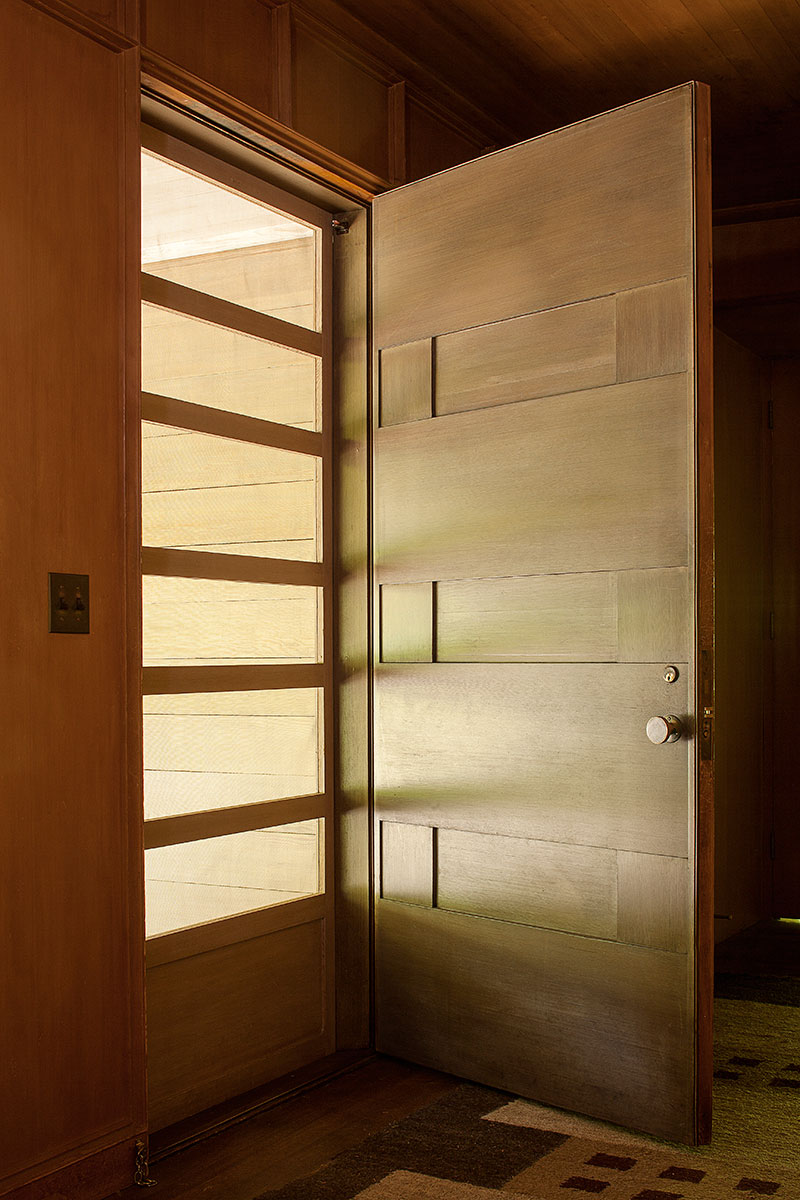 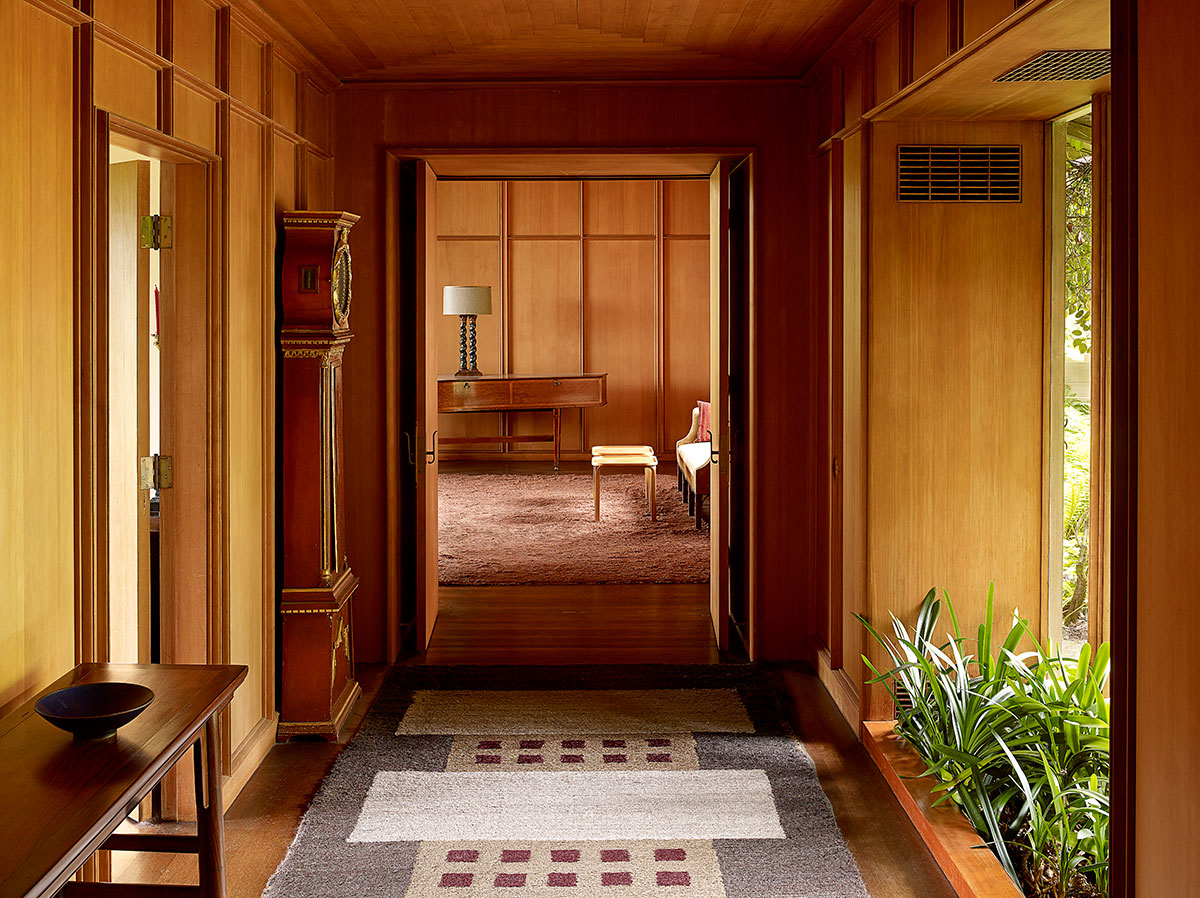 A cozy hall that brings a bit of the outside in, and invites the visitor to move through, but not to rush 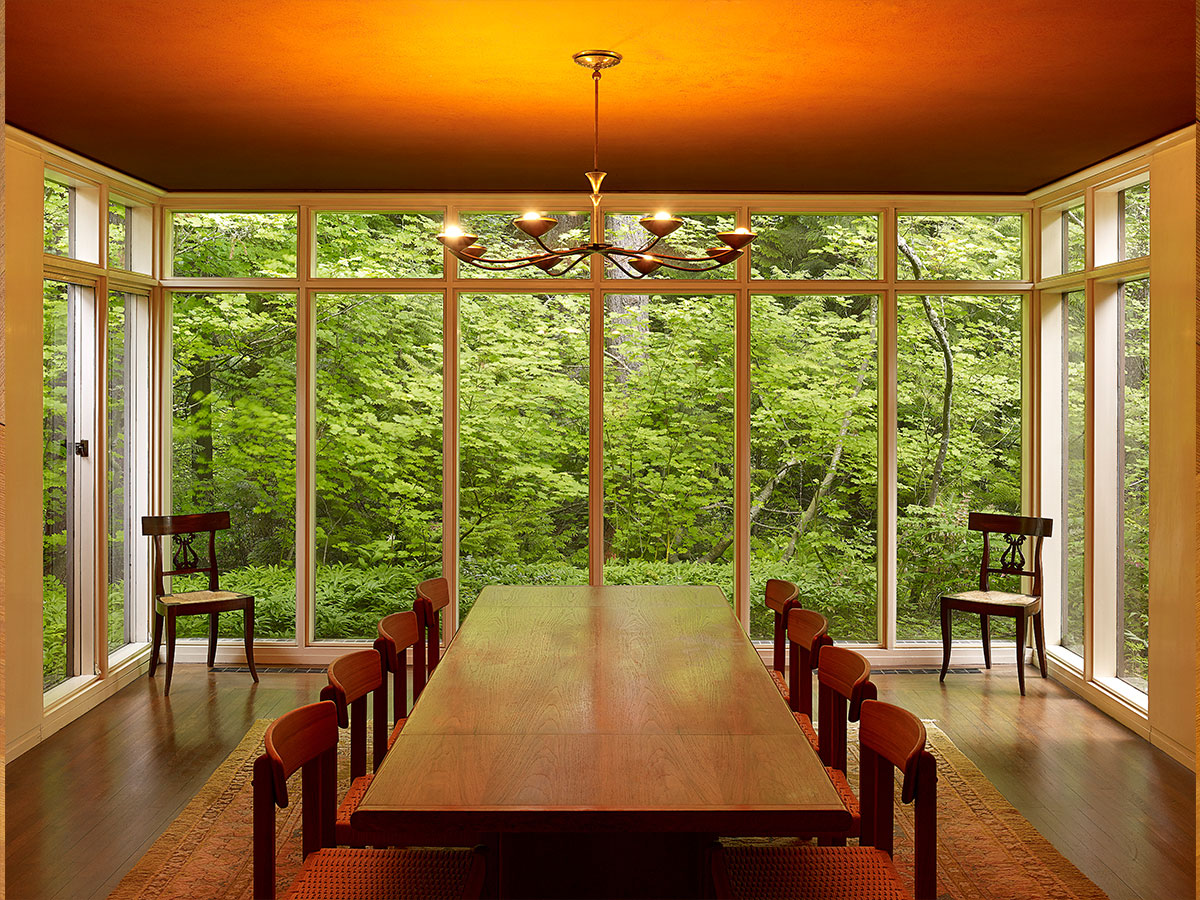 Dining in the forest, thanks to floor-to-ceiling windows, was not typical of the era, but was a natural move for Yeon 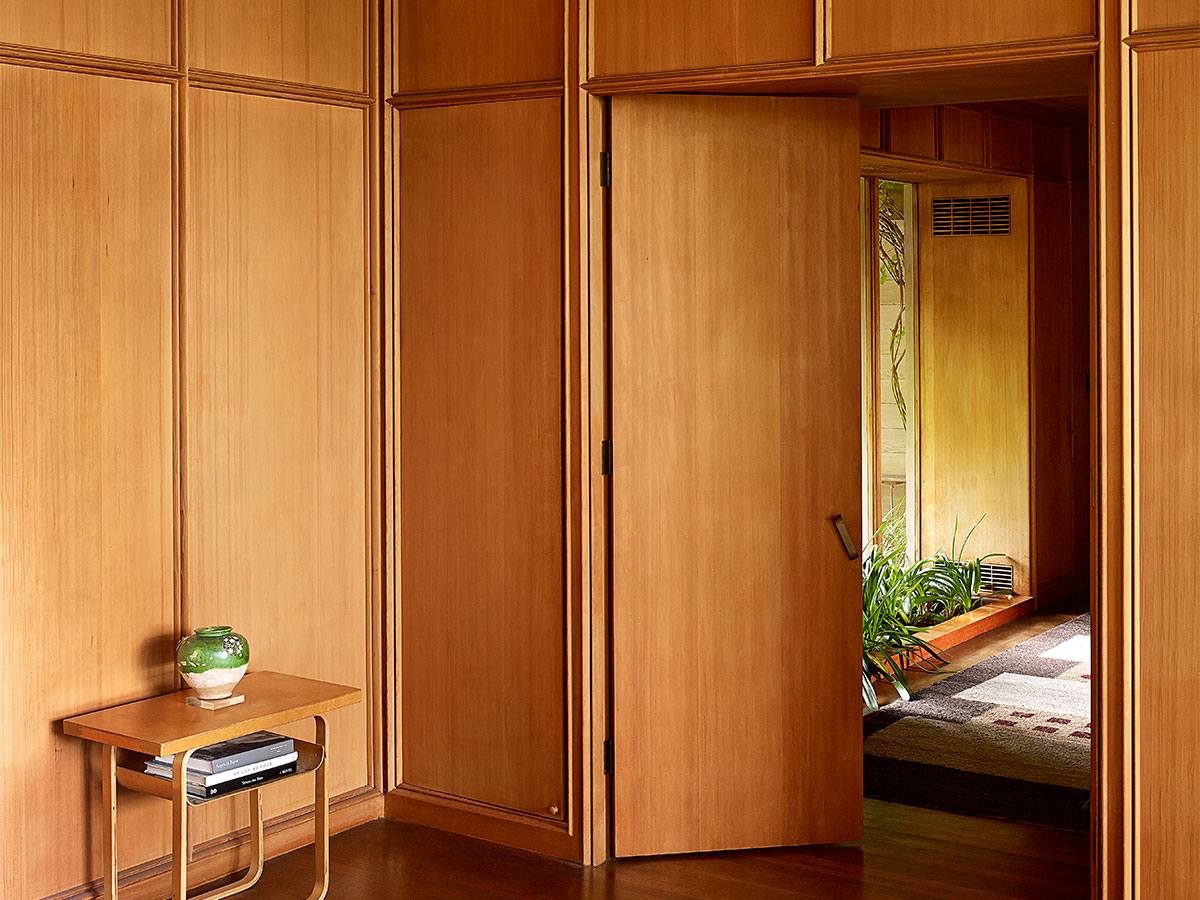 Hardware is minimal and when present declares that form should not simply follow function, but harmonize with material 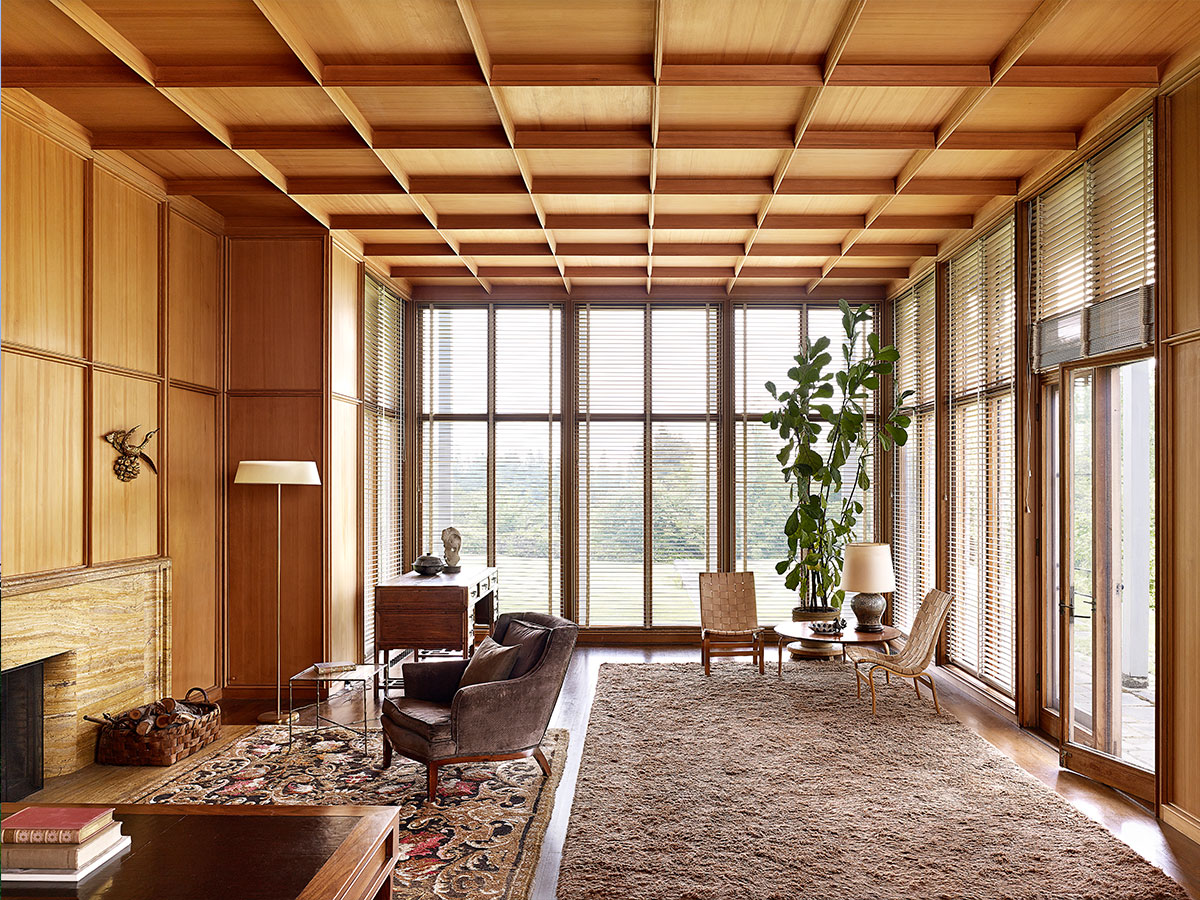 A grand space kept that way with hidden touches: the wall panels, with a push, become closets 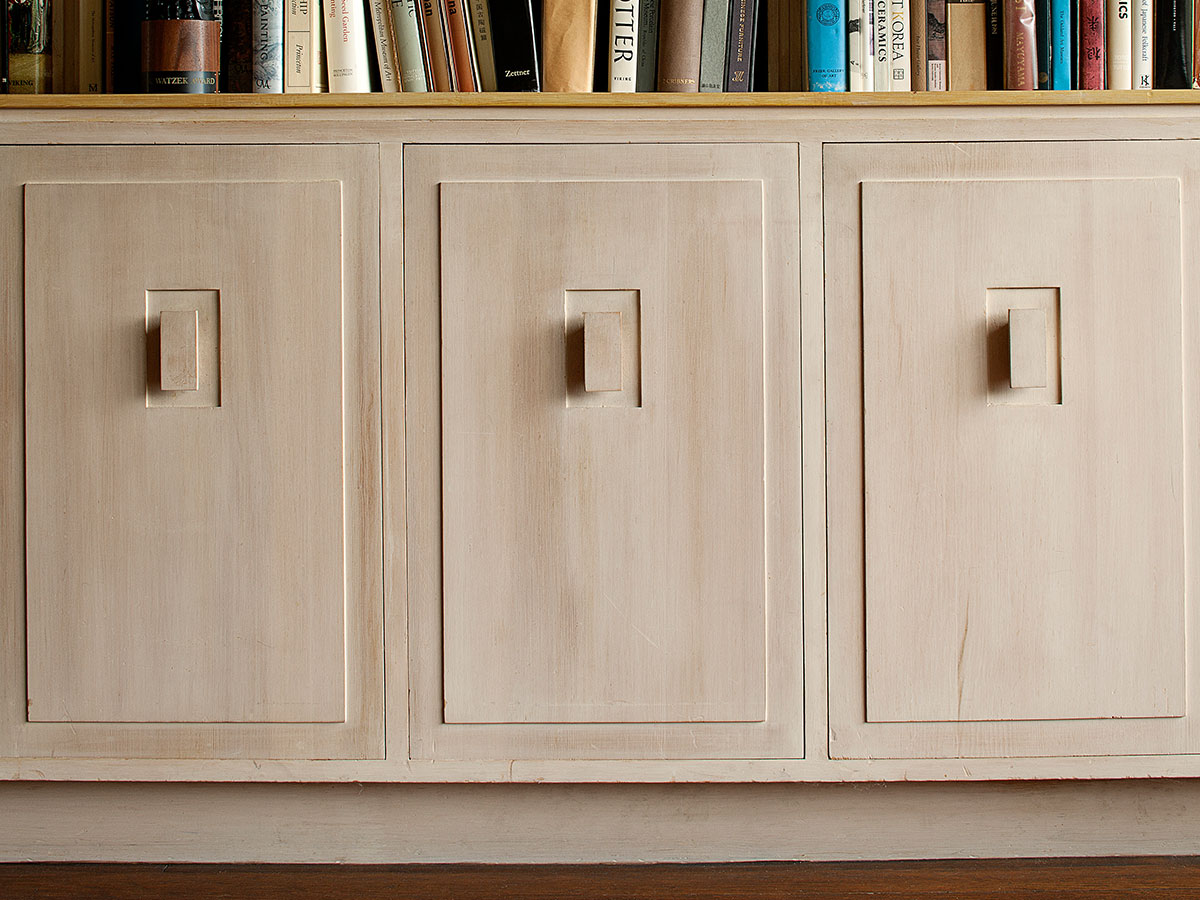 No detail unattended: the bookshelf and cabinet echo the shape of the books 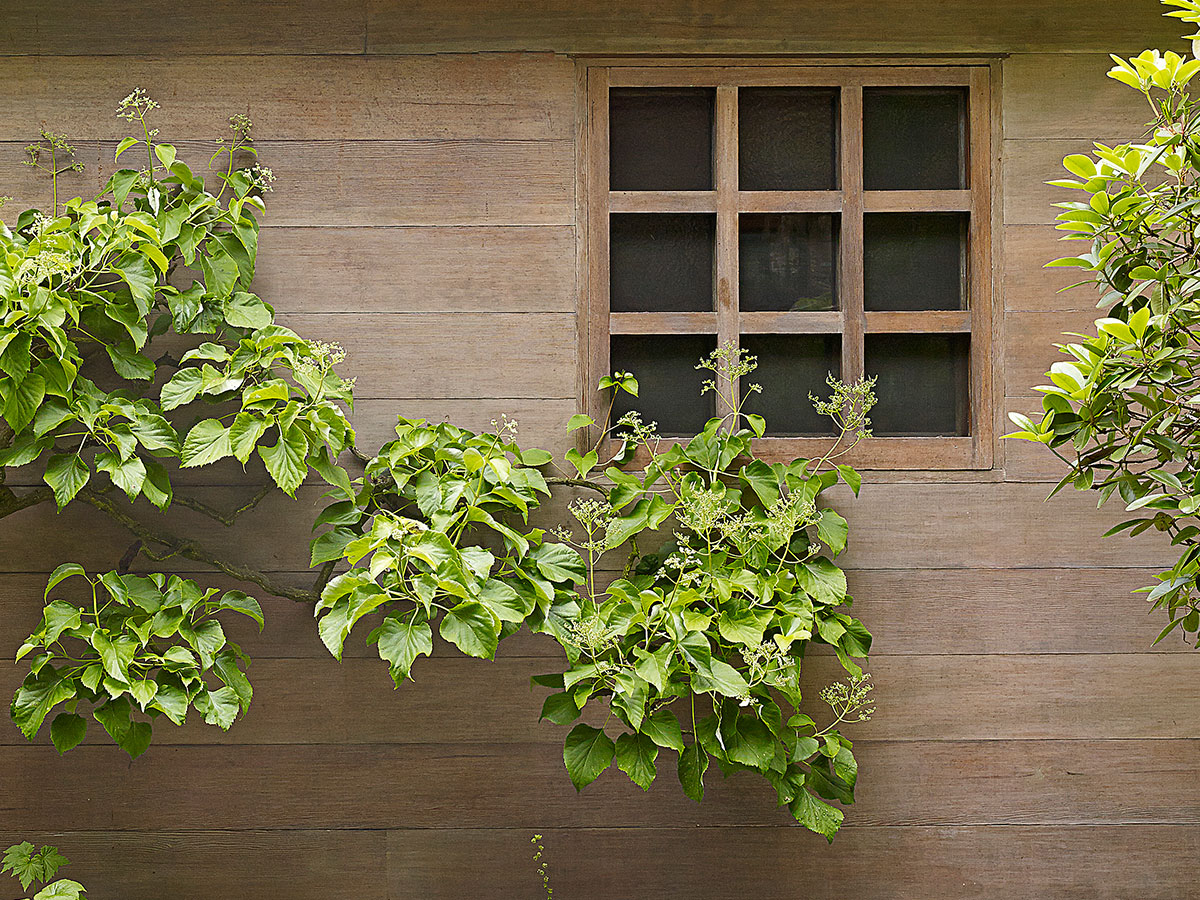 Throughout the house, and even outside, Yeon delights in hand-in-glove precision 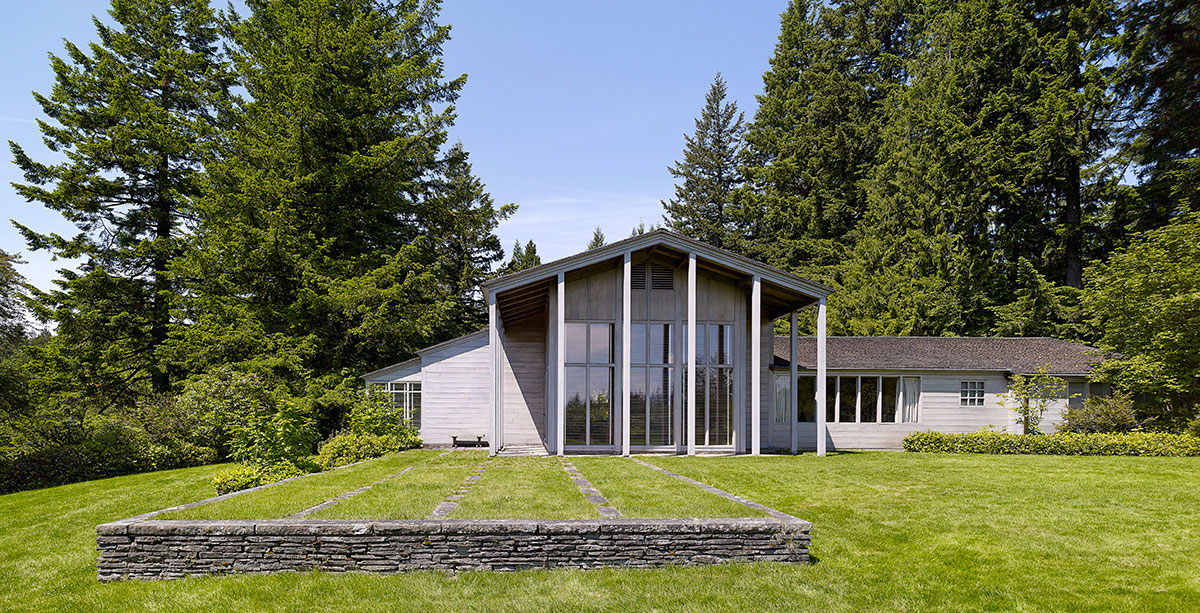 Yeon carried the lines of the house through the back garden, further exploring the idea of what stays inside, what comes out 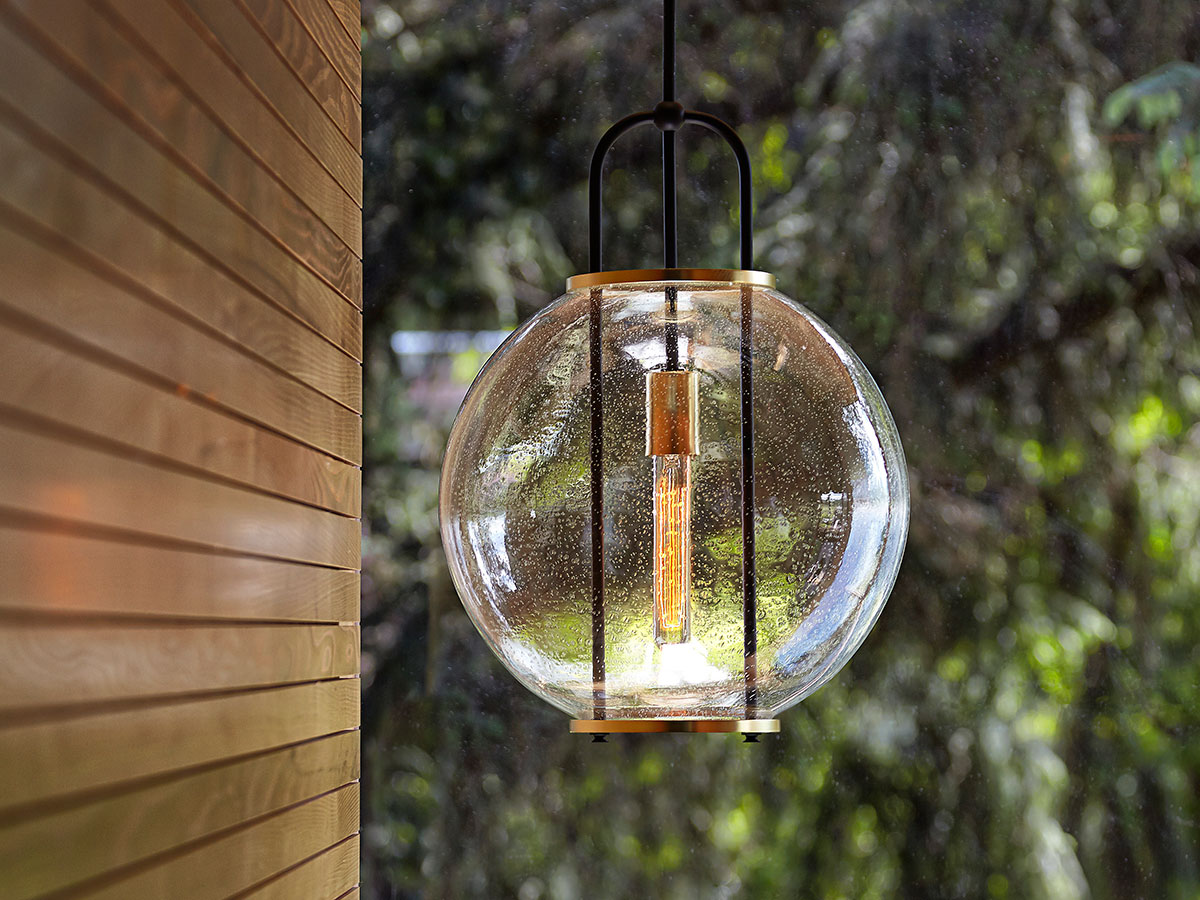 Our Yeon Pendant is a re-creation of the light John Yeon made from a Japanese fishing buoy to hang in the courtyard. We brought it to life using handblown glass, while retaining touches like the trident hanging system and exposed fasteners.

To help keep Yeon’s mission alive, a portion of the Yeon Globe Pendant sale price will be donated to the University of Oregon’s John Yeon Center, which is devoted to inspiring future acts of visionary design and conservation.

Furniture with a Story to Tell

When you cozy up to Rejuvenation furniture, you get more than a place to sit. You get the story…