One of our most popular fixtures is the Reed, and you can see why at a glance. Manufactured in Portland, Oregon in your choice of finish, its articulating arm gets the light you need right where you need it. 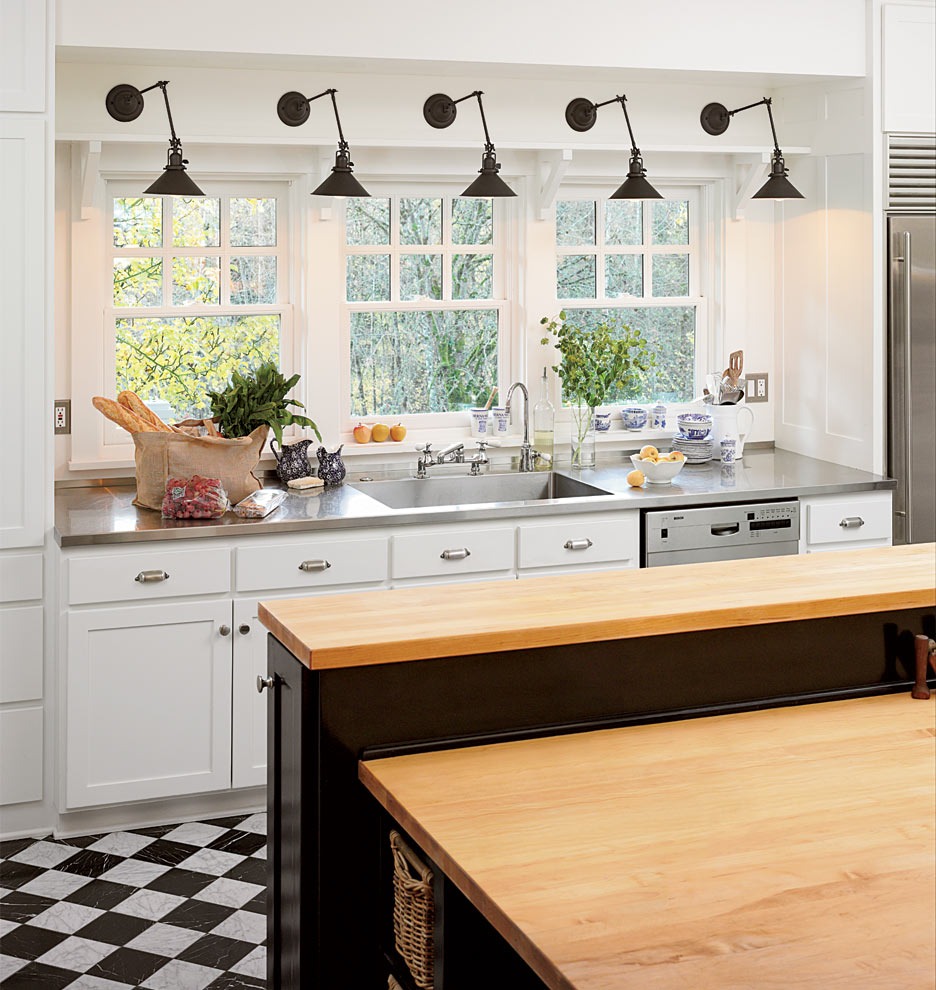 While we’ve offered "swing-arm" fixtures for some time now, such as the Turner, Halfway, Bend and Fords Mill, the Reed is distinguished by its unusual degree of articulation – three adjustable knuckles PLUS a swivel joint at the canopy allow for an unparalleled range of motion.

Articulating fixtures were a mainstay in early industrial settings, and numerous manufacturers had catalogs chock full of all the lighting components needed to make designs tailored for any given task - sockets, swivel joints, threaded tubes, canopies, shades and such. The Reed is typical of an assembly that would have been created from these standard parts.

Here’s a little more background on the Reed and period lights like it. 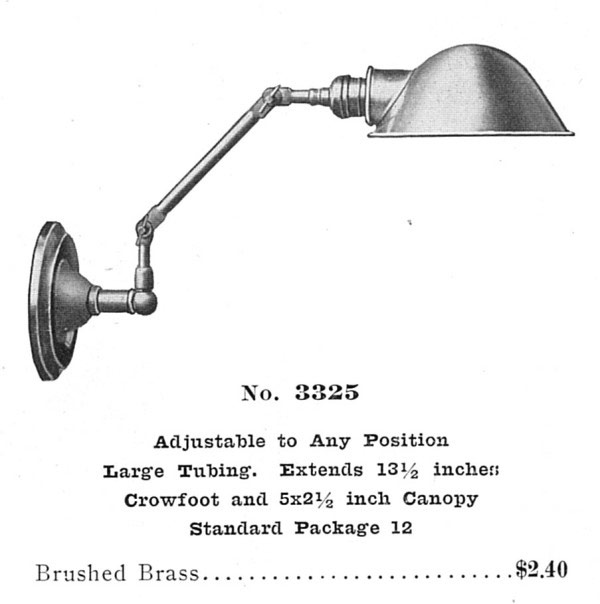 The Reed is inspired by multi-knuckle swinging wall brackets like this Faries Model 3325 from 1920. Sorry, we can't sell you one of these for $2.40, but check out lots of restored vintage industrial lights on our website. 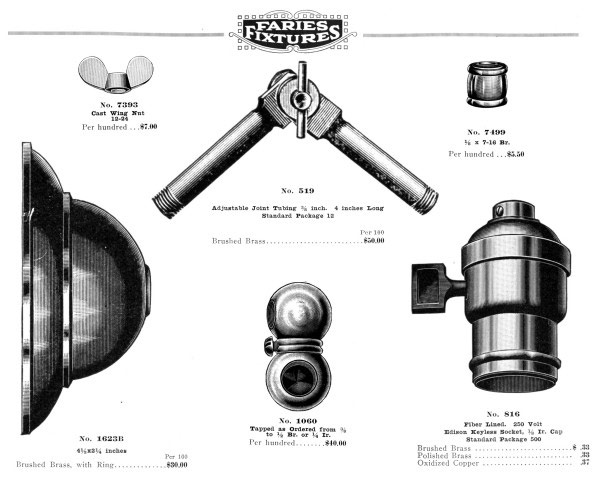 Faries not only sold finished fixtures, but lighting components, too. This composite page shows parts offered by Faries in their catalogs 26 and 27 around 1918-20. To make the Reed, we basically used these simple and common parts to create our own authentic version of a Faries-type fixture. 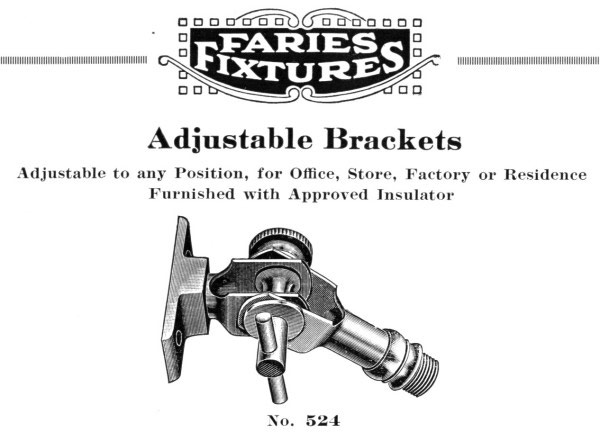 Faries took pride in a straightforward knuckle joint that defined their fixtures, affordably made by simply cutting and reshaping a piece of brass tubing. We build our joint the same way, substituting wing nuts for the knob-and-T-handle assembly to make adjustment easier on the fingers. 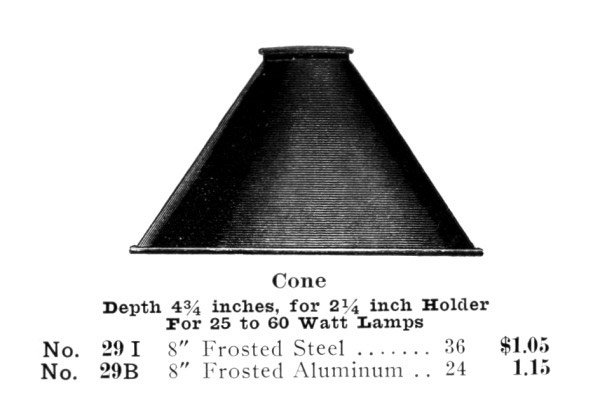 In 1920, Faries even offered an 8” cone shade, just like our B5629. They didn’t have as many great colors and finishes to choose from though. 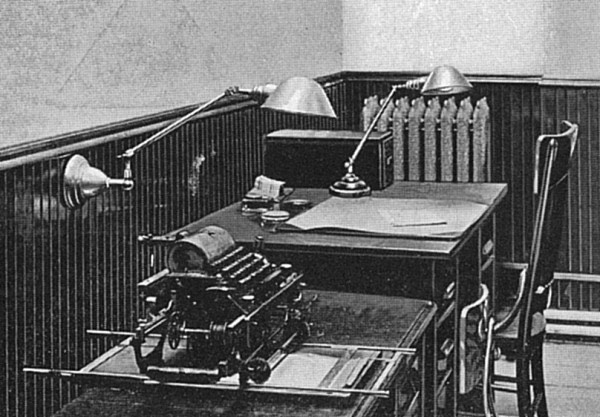 Slightly different in the details, the application above is pretty much just the same as you might use our Reed for today (though the typing is probably a lot quieter). 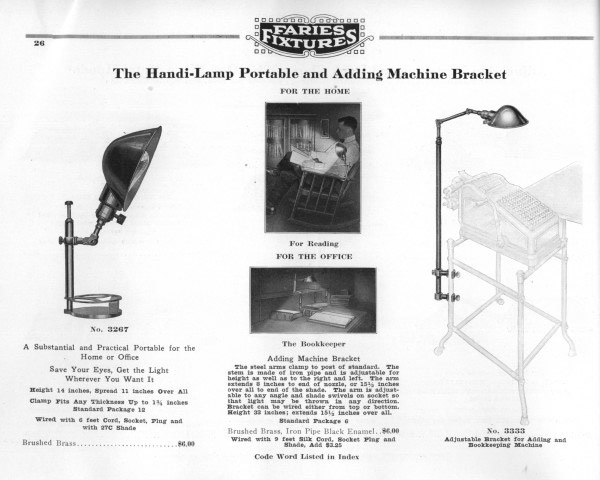 This page from Faries in 1920 shows an articulated lamp on the right much like the Reed, adapted to clamp onto the pipe-legs of an adding machine stand. Perhaps not as much call for this application today? 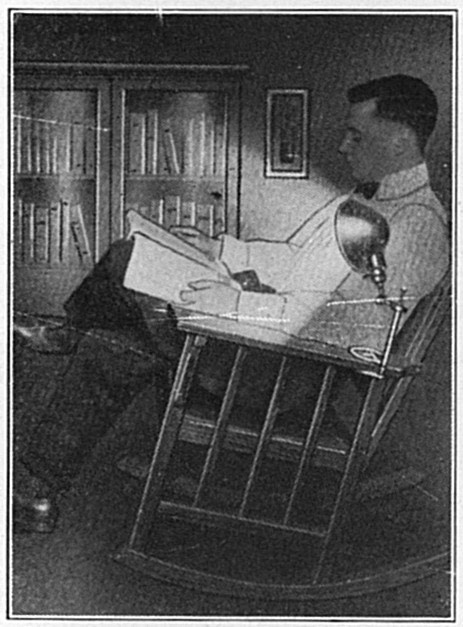 A close-up of the previous page shows that articulated lights weren’t just for workplaces. Their ability to get light where it was needed made them useful at home as well. For instance, when settling down for an evening’s edification.

On the less industrial side, articulating lights have always been popular as reading lights for bedrooms. These examples are from Faries, and show how fixtures evolved to work on the specific types of beds popular at any given time (in this case around 1920).

A close-up of the previous page shows that articulated lights weren’t just for workplaces. Their ability to get light where it was needed made them useful at home as well. For instance, when settling down for an evening’s edification. 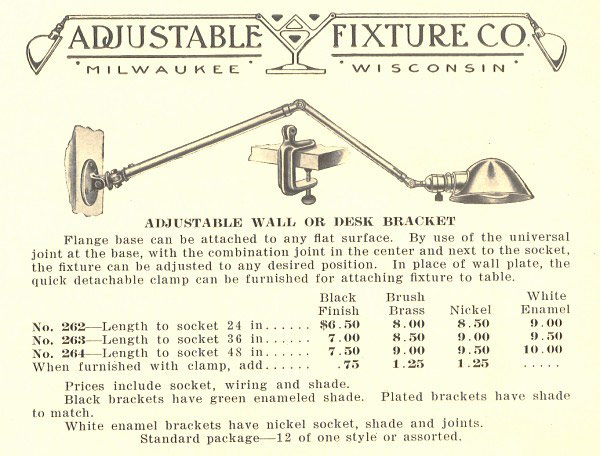 Faries was certainly not the only company making articulated work lights – though they are one of our favorites. In fact, these fixtures were quite common. Most were differentiated (and avoided patent issues) by using proprietary joints or knuckles, like the Adjustable Fixture Company example above, from 1923.

For over a hundred years, articulating fixtures like the Reed have been hard working lamps for hard working spaces. 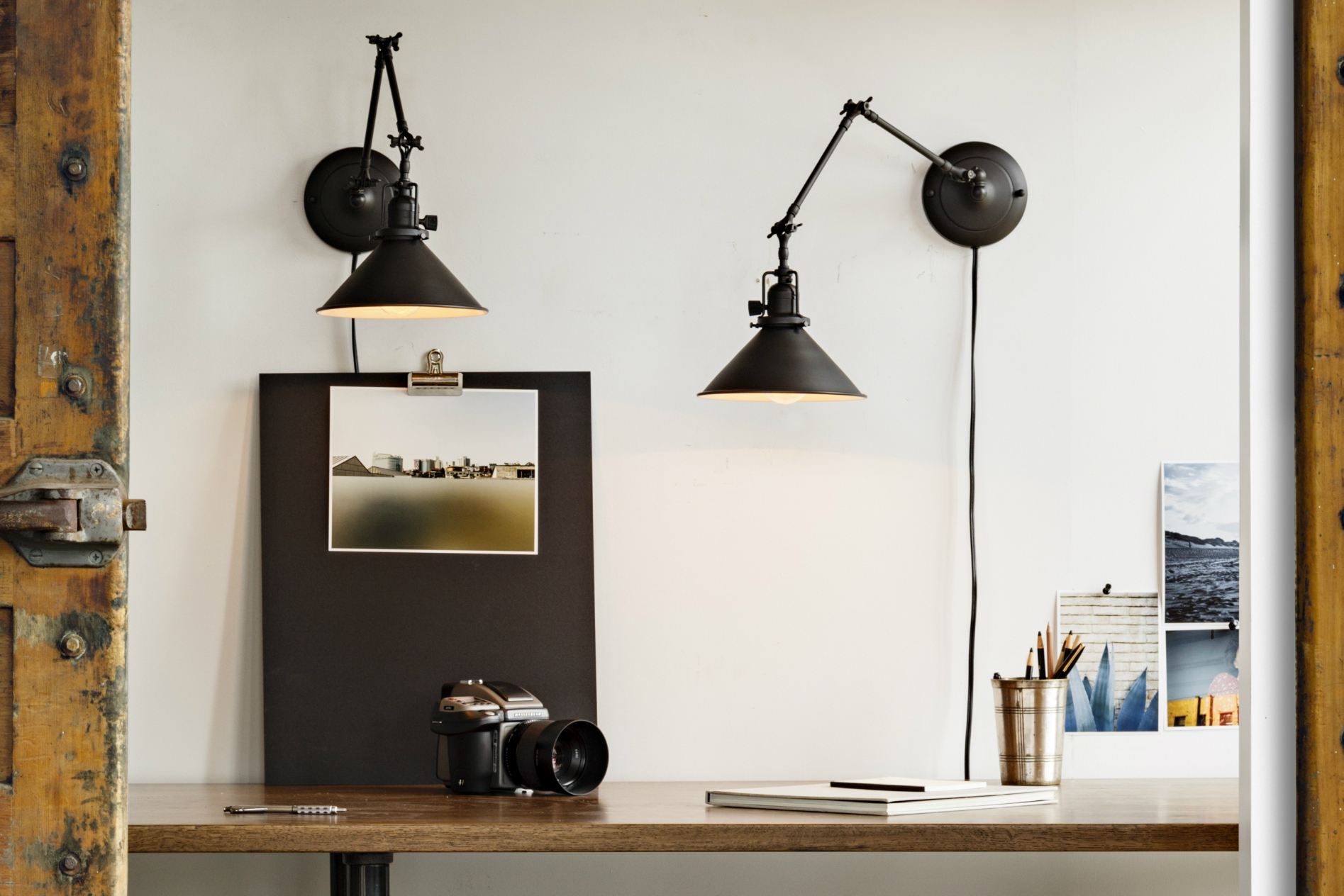