Influenced by modern design and the natural world in equal measure, Portland architect and designer Brendon Farrell created the Stand + Stem series as echoes of trees and flowers.

We spoke with him to find out a little more about his process and what it means to be a Northwest Modern designer.

Q1: What were your earliest influences?

A: I grew up in Roseburg, Oregon. It's a rural town whose main industry is logging, so wood was always around me. My great-grandfather was a woodworker. He did all the casework at Portland's Pittock Mansion and all the windows at the Multnomah County Main Public Library. Then I studied architecture at the University of Oregon.

Q2: Being an architect is usually considered a full-time gig, So when did you start doing woodworking?

A: I moved to New York to work as an architect. While there I became friends with woodworkers. I lived in their warehouse—being so close to the action I just decided to dive in and start making furniture.

Q3: How was that different from—or similar to—architecture?

A: With architecture you're bringing another person's vision to life, in a way, even if it's your own. There are always so many people involved.

With furniture, the designs are all my own. I design based on material and on what I consider to be the essentials of a piece. Unlike in modernism, where you really strip a piece down to its functional essence, I like to let nature define what those essentials are. Every part of my design has a purpose. But that purpose isn't always function. Sometimes it's power. Or beauty.

This is an idea that's been part of Scandinavian Modernism for a long time. The Nordics got that people need clean and functional, yes, but also warm.
The Pacific Northwest is a weird one, though, because it's literally the edge of western civilization and it's more eclectic and individualistic. So there's no manifesto, here—it's more of a feel.

Q4: What was the inspiration for the Stand series?

A: I was sketching and playing around with the idea of a family of lamps and came up with the idea for a heavy, turned wooden ball and a delicate brass trunk. I imagined a group of them together like a stand of trees—you know, the way they all reach for the light—but here they're actually making the light.

I love Oregon white oak because its tone is really rich, like honey—and even when you oxidize it you can still see the grain, but with these silver veins. It's a strange wood because the capillaries don't continue all the way through, which makes it waterproof. It's really good for shipbuilding. 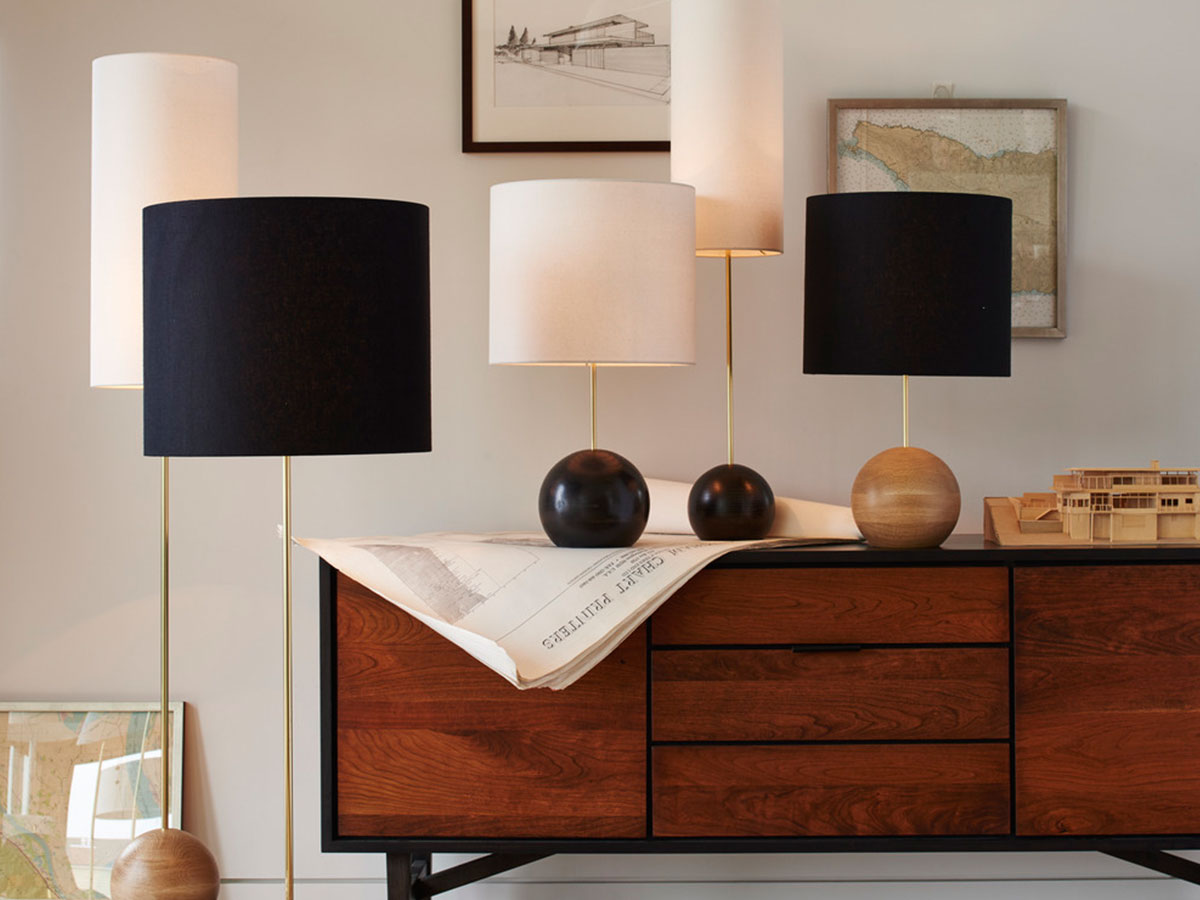 A: My only memory is that I woke up one morning with the idea to bend the rod inside the shade to make sort of a drooping flower shape. I was collaborating with Brandon (Rejuvenation's engineer/designer) and told him this idea, and he said we could get a brass bender for the factory.*

They're not meant to be a literal interpretation of a flower. But with that design in mind, it was interesting to see how many lamp parts easily lent themselves to the language of flowers. The pull chain is kind of like pulling the stamen from the flower—it's really satisfying to turn it on and off. And I chose a gold-paper lining for the shade so it would have more of an internal glow than an illumination. 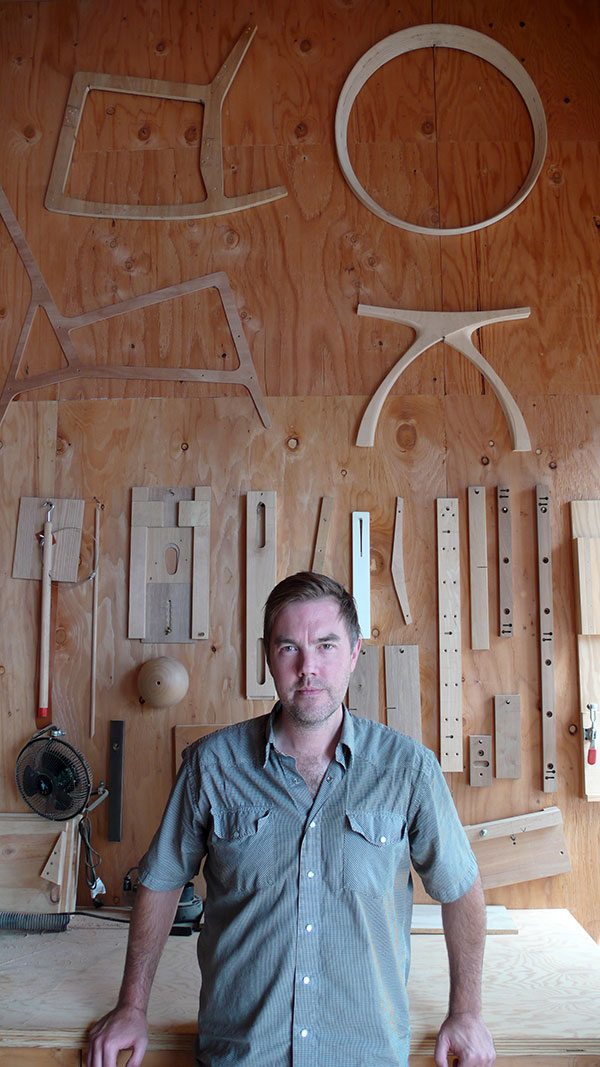 Farrell in his natural habitat

Northwest Modern Inspiration: A Tour of the Aubrey Watzek House

It's 1937. John Yeon, a 27-year-old architect, designs the Aubrey Watzek House and crafts it from the abundant native…

One of our most popular fixtures is the Reed, and you can see why at a glance. Manufactured in…